Classic Motor Cars of Bridgnorth (CMC), the world’s leading Jaguar restoration company, is halfway through the restoration-preservation of the sixtieth E-Type that left the production line in 1961.

Chassis No. 60, which had lain dormant in a garage for decades, was brought to CMC for a full’ nut and bolt’ restoration in May 2013 after a client bought it at auction. 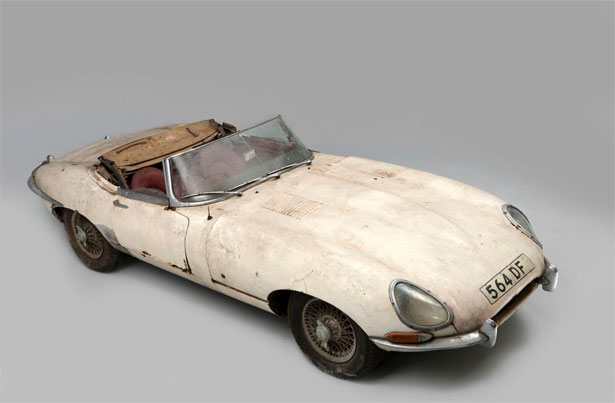 The company, who is famous for having restored some of the most historic E-Types, including Lofty England’s Chassis No. 4 and the Lindner-Knocker Lightweight, took on the challenge and started dismantling the car in July last year.

Everything was carefully dismantled down to the last nut, bold and washer, finding a lot of rust and corrosion. After a first thorough assessment CMC estimated that about 80 per cent of the original metal could be reused. Almost 100 per cent of the mechanical components could be saved, including engine, transmission, differential and suspension. 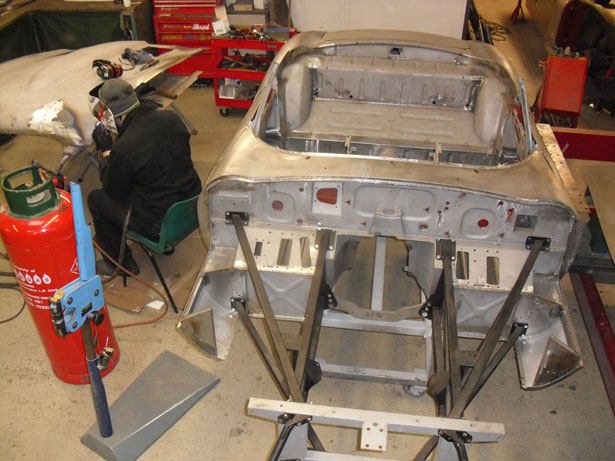 Nick Goldthorp, Managing Director of CMC, said: “We have made a lot of progress restoring the body in the past few months. The tub is now complete and we are currently repairing the bonnet. By the end of March, we will start preparing it for painting.”

“The engine has been rebuilt and is now ready to be fitted back in the car. Most of the repairs on other mechanical components are finished too, including the rear axle and suspension, so we can reassemble the car as soon as it is painted. Chassis No. 60 will be the first E-Type restoration finished in our new facilities.”

Nick added: “Due to the state of the body, and because we are trying to save as much of the original car as possible, this restoration is taking about twice as long as a normal restoration. The whole essence of restoring and preserving these early cars is to bring them back to the original specification. Once finished, it will be just as it left the factory.”

CMC expects to finish this restoration by December 2014. 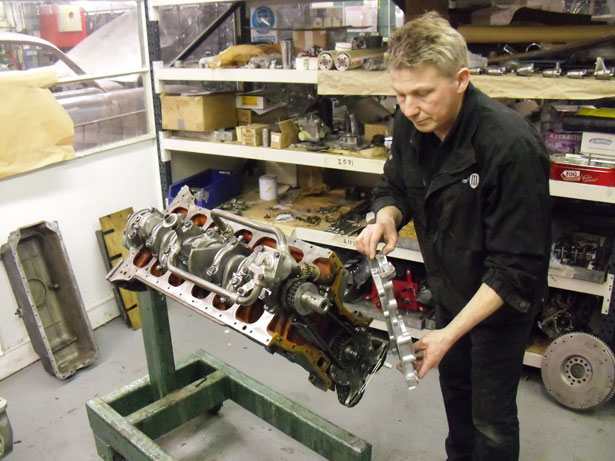