One of Britain’s leading E-type restoration specialists, E-Type UK, has completed a full period restoration on a glorious 1972 Series 3 V12 Roadster. Residing with a private owner in Middlesex, South East England, this vehicle was once owned by England and Liverpool Football Club legend, Kevin Keegan OBE.

Finished in period with a factory correct Jaguar Willow Green exterior and matching biscuit leather interior and hood, the car retained the same charm as when it rolled off the production line in 1972.

The vehicle’s current owner approached E-Type UK to restore the vehicle to its former glory after suffering an unfortunate accident, which left the 70s classic battered and bruised. This once loved E-Type arrived at E-Type UK’s Kent-based facility for bodywork crash repair and a full respray in its original colour. 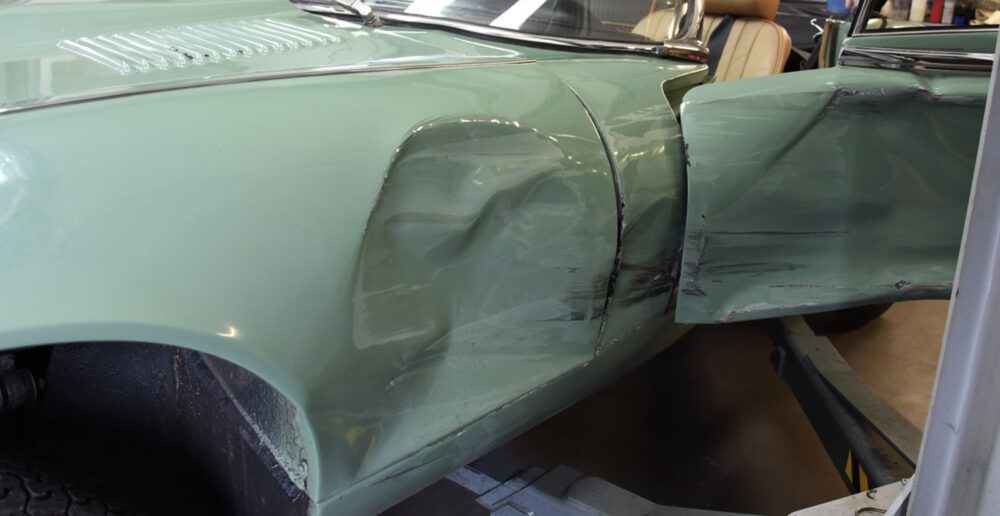 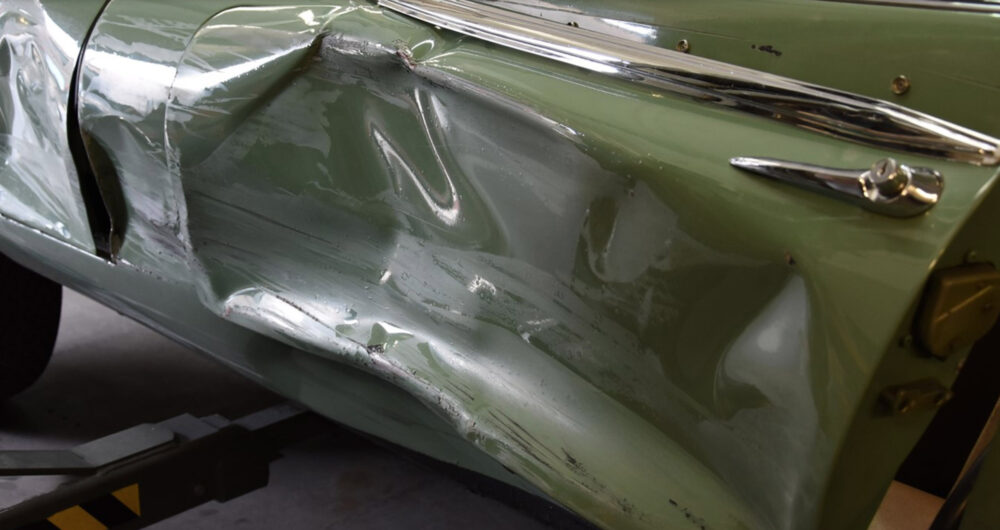 E-Type UK’s dedicated team of restoration technicians set about restoring the bodywork damage sustained in the crash. Upon inspection, it was found that most of the damage was superficial and the chassis remained intact – much to the delight of the owner. All exterior metalwork was stripped down, removing all chrome and brightwork.

It was once the car was fully stripped down that the full extent of the bodywork repair became apparent, as the Roadster had been subject to previous poor crash repairs throughout its life. The workshop team removed the poorly repaired offside sill and top scuttle, fitting new ones, before reshaping the vehicle’s bonnet back to its iconic curve.

After the Series 3 had its metalwork repaired, restoring the glorious lines and curves synonymous with the E-Type, the car was then filled and primed ready for its respray. Restoring the seamless ‘70s lines, all panels were cleaned, hardened, and block-sanded in preparation for the subsequent respray.

The owner’s priority with this project was to finish the car in its factory colour – Willow Green – maintaining its authenticity throughout. To achieve this, the car underwent a long process of painstaking preparation to ensure the final result was a sparkling and even finish. Once the exterior of the vehicle was completed, the interior leather was trimmed in biscuit with a matching mohair hood, complementing the exterior paint job to restore the vehicle to its celebrity status. 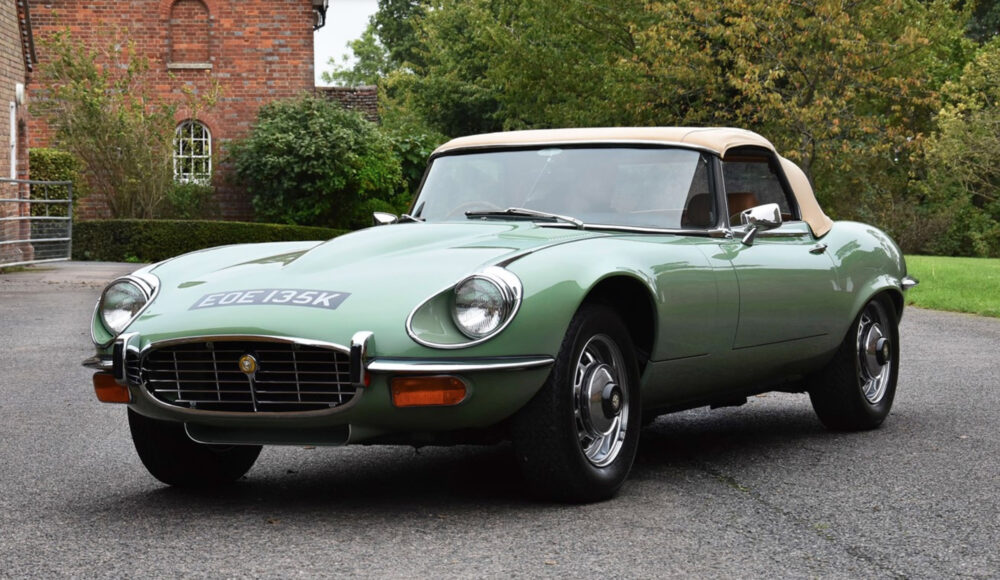 Once the car returned from spraying and trimming, the team embarked on the final steps of the restoration. In line with the owner’s wishes, final touches were made to the re-chromed exterior brightwork before fitting a range of minor upgrades – such as adding a period-style number plate, side mirrors, and factory standard steel wheels. Additionally, a stainless-steel sports exhausts and a 14 inch Motor-Lita steering wheel enhancing the driving experience of the V12 and sporty aesthetics.

Under the control of father and son duo Dominic and Marcus Holland, E-Type UK has single-model expertise – all of E-Type UK’s work is performed on the E-Type alone, allowing it to be innovative and push the boundaries. Its staff have also won countless awards for their restoration work. The company is also among the digital leaders in the classic car world, adding modern content to a vintage world with a series of engaging videos on its cars and processes.

Marcus Holland told us: “We are particularly proud of this restoration and delighted with the way that it looks after spending time in our workshop. The owner was particularly upset after the car was involved in an accident and wanted us to restore it to its former glory. With its celebrity past due to Kevin Keegan’s former ownership, we worked hard to bring it back to factory standard, with a glorious Willow Green finish. Not only are we delighted to have delivered our client with his car back in perfect condition but we are honored to have played a part in the ongoing story of this iconic British sportscar.”