Motor dealers thoughout the country are counting down the days to the arrival of the new 132 plate on July 1.

The Society of the Irish Motor Industry (SIMI) says its members are looking forward to the arrival of the new plate, something which it has camapigned for, over a number of years. Paul Linders, President of SIMI, speaking at the Launch of a special 132 Logo, said: “Contrary to popular belief the change to the registration system, which is here to stay, is not an attempt to avoid the number 13. We have actually been seeking a two-period registration system for over four or five years now. Our Industry has become very seasonal with 70 per cent of new car sales occurring in the first four months of the year. This has resulted in unnecessarily difficult stocking and funding pressures on car dealers in the first half of the year.” 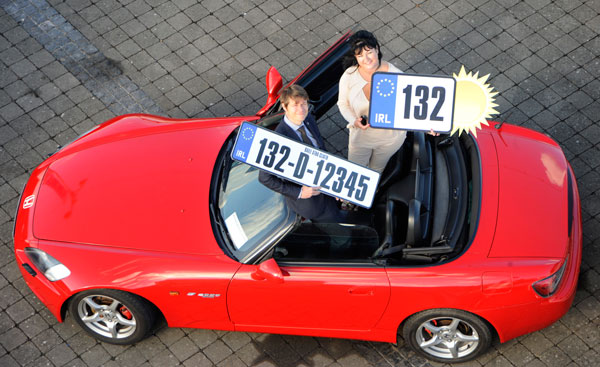 To celebrate the start of 132, the first year of the new dual registration system, and to help highlight the change, SIMI has produced a special 132 Logo with the Motto “Think July – Think New Car”. A dedicated website www.132.ie has also been launched by the Industry body to help consumers to learn about the second registration plate and to carry news on Industry offers and activities during the 132 launch period.

The SIMI President Paul Linders at the launch of the 132 Logo and 132.ie Website continued “while car sales are down overall this year, we would expect to see some pick-up in July as interest develops in the new period but in reality this is a long-term project for us and it will take some years to significantly change traditional buying patterns. That said, the Motor Industry will be doing its best to encourage sales and there are some really great offers out there while the 131 Plate reaches its end and for the launch of the new 132 Plate.”.