The Society of the Irish Motor Industry (SIMI), in association with DoneDeal, has released the First Quarter Motor Industry Review for 2014. The review, compiled by economist Jim Power using data from SIMI and DoneDeal, looks at all aspects of the motor industry and the socio-economic impacts on the area over the past several years and specifically for the first quarter of 2014. 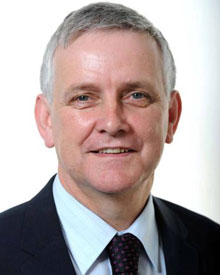 The review shows a significant upturn in the motor industry compared to previous years and the first quarter has already shown a cause for optimism within the industry in Ireland. New car sales have increased by 27% for Q1 of 2014 compared with the same period last year.

Economist Jim Power, who compiled the Review based on information from SIMI and DoneDeal.ie said: “All in all, having experienced a dramatic decline in its fortunes, the Motor Industry is back in growth mode again and confidence within the industry is currently stronger than it has been for some time. This is important for national and regional economic activity, employment and Exchequer receipts.”

Already this year the Irish Exchequer has benefitted to the tune of €453.7 million from new car sales in Ireland. This is 5% of the total tax take for the country in the first three months of the year. The strongest growth in new car sales in Ireland was in Leitrim, which saw an increase of 57.6%. Dublin saw the lowest increase in growth, just 16.6% but Dublin represents 36.4% of all new car sales.

Alan Nolan, Director General of SIMI, said: “This is the first quarterly review we have produced and the results certainly leave us cautiously optimistic for the future of the industry. After six extremely tough years for the motor industry in Ireland, we seem to be stabilising and the projected figures are positive, but they are just projections.
The cost of a new car is down, the cost of fuel is down and the government has also helped the industry by keeping tax levels stable in the last budget. However, if the industry is to rebuild, it is essential that these structures remain in place as a foundation for us to plan the future on.”

Paul Linders, SIMI President said, “Dealers and the Industry as a whole are optimistic, we are getting more enquiries in our showrooms and sales are obviously well up from the same quarter last year but it must be small steps. We hope to grow sales year on year going forward. This year we should get to 85,000 and we hope to grow this steadily by 10,000 per year with a possible projection of 120,000 new car sales in 2017.”
“Every additional 10,000 cars sold will generate €82 million for the Exchequer and support an additional 1,300 jobs, which would lead to over new jobs 5,000 by 2017,” he went on to say.

Cathal Cremen, Commercial Manager of DoneDeal’s Motor section said: “We are delighted to partner with SIMI for this report which is set to become one of the most important references and economic indicators for the motoring industry in Ireland. As Ireland’s largest and most successful online motor sales website with in excess of 28 million visits in our motor section in Q1 2014, DoneDeal is providing data that gives a true reflection of the rapidly growing online motoring market in Ireland. The value of private goods sold in DoneDeal’s Motor Section increased by over €30 million in Q1, 2014 to €280 million, with over 60,000 private cars sold in this period. The publication of this report brings together valuable data from both SIMI and DoneDeal for the very first time, allowing us to present a comprehensive overview of both the private and trade motoring market in the country.”

The review also highlighted several other areas for optimism in the sector. The price of petrol is 5.3%lower than the first quarter in 2013, while the price of diesel is also down by 4.7% in the same period. Motor taxation costs remained the same in the budget while the cost of buying a new car was down by 2.7% compared to the same period in 2013. However, there was an increase in insurance with premiums going up by 4.4% since March 2013.