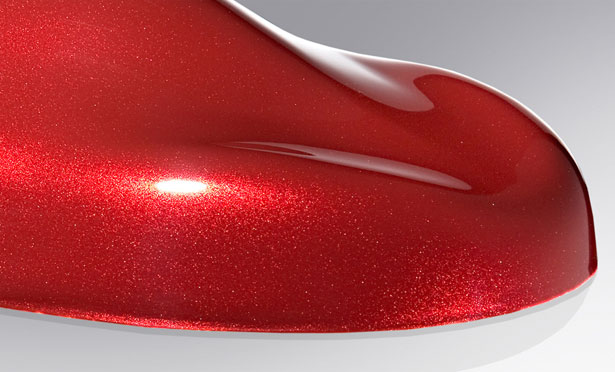 The new effect tint allows refinishers to carry out paint repairs on vehicles with the latest OEM colours that contain glass flake pigments. Permahyd WT 304 Magic Sparkle Effect mixing tint is currently included in the colour formulas of some OEM colours. Among these are the Audi LX5J Ara Blue, the Toyota 217 Starlight Black and Peugeot’s Dark Fire.

True to its name, Permahyd WT 304 Magic Sparkle Effect is characterised by its very pure sparkle finish, which is due to the thin, silver-coated glass flakes contained in a transparent basecoat tint. The flakes refract light and produce the impressive sparkle effect.

Increased brilliance thanks to a second clearcoat
“We have used the new effect paint for repairs in our Training Centre and achieved good results with standard application methods,” says Jörg Sandner, Spies Hecker Training Leader, Germany. Handling and application of the new tint is just as simple as for all other basecoat mixing tints and if refinishers want to increase the brilliance of the final finish, they can sand the clearcoat after application and apply a second coat.

In mixing formulas, Permahyd WT 304 Magic Sparkle Effect is indicated by the letter GF for glass flakes. The formulas containing the new tint can be called up using the Spies Hecker online colour search – Phoenix – with immediate effect and they are also included in the CRplus software update 3-2015. As this effect paint is only used in a very limited number of colours, it is supplied in small 250ml tins.

For more information on the mixing tints, refinishers can speak to their local Spies Hecker representative or visit www.spieshecker.co.uk.