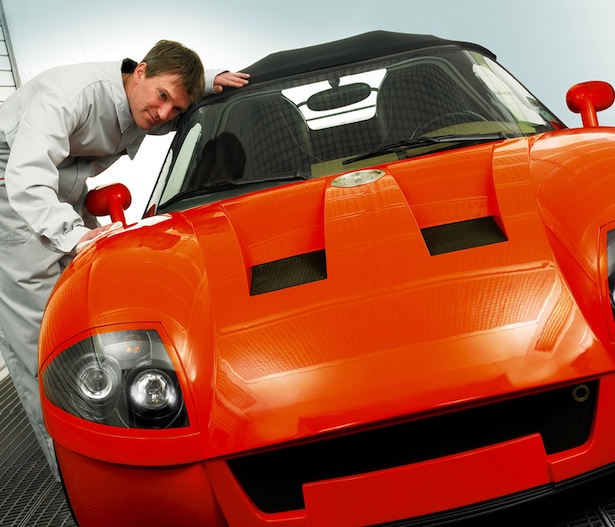 “Repairing cars with these special colours can take all the know-how refinishers possess, so we have to supply them with the right material,” says Kevin Welling, Training Academy Manager for Axalta Coating Systems in the UK and Ireland.

That is why Spies Hecker has launched the Ruby Red, Bright Orange and Prism Silver mixing tints as part of its Permahyd 280/285 and Permahyd Hi-TEC 480 ranges. All three mixing tints are notable for their outstanding chromaticity, which signals the depth of colour and its brilliance.

The Ruby Red mixing tint is a highly chromatic, transparent, bluish red. “It is used to refinish some popular automotive colours. The relevant refinish formula can be downloaded from the Spies Hecker colour search software so that our customers are able to repair OEM colours,” Welling explains. The new Ruby Red mixing tint is available as Permahyd Hi-TEC WT311 Ruby Red and as Permahyd Mixing Tint 280 under code WB 804 Ruby Red. This mixing tint is already included in over 40 mixing formulas and is suitable for use in solid and effect colours, such as Volkswagen’s Fortanared and Ford Europe’s Red Rush.

“Mixing Tint WT 308 Bright Orange contains a high-performance orange pigment,” Welling continues. “This mixing tint can be found in some new OEM colour formulas, including the Sakhir Orange colour tone by BMW and Imperial Orange used by Nissan. The new mixing tint closes an important gap on the colour spectrum as far as the development of orange and red hues is concerned.” The Bright Orange mixing tint is suitable for use in solid and effect paints.

“Mixing tint WT 307 Prism Silver was developed specially to reproduce the new special Audi colour LX7T for their A8 and RS models,” says Welling. “It creates a stunning crystal effect which appears to change shade depending on the angle of light.” This tint can be mixed with both Permahyd Hi-TEC basecoat 480 and Permahyd Base Coat 286 and can be used with a dosing lid.

For more information on the three new colours and the full range of Spies Hecker mixing tints, contact your local distributor or visit www.spieshecker.co.uk