Austrian airbrush artist Knud Tiroch has been specialising in pimping up muscle cars and hot rods for many years. In his Hot Rod Hangar in Vienna, he and his son Dominic have breathed new life into the so-called Pretzel Beetle. A powerful engine, chunky tyres and a low-riding chassis, yet it’s still a Beetle at its heart. 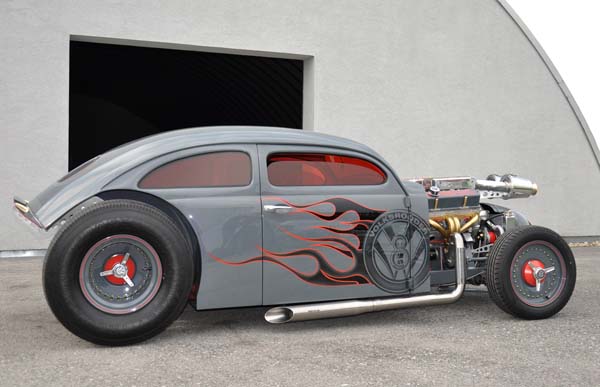 And Tiroch knew Spies Hecker was the right paint brand for the job. He says, “I appreciate the Spies Hecker team’s expertise and of course their enthusiasm for the project helped at every point. I needed the best technical solutions available on the market which is why I chose the Permahyd Hi-TEC 480 waterborne basecoat system.” 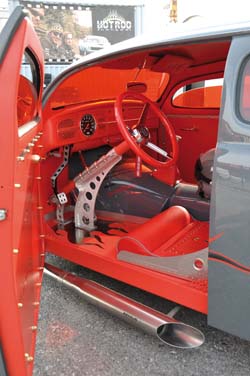 The Beetle has charmed many people, and the Spies Hecker team in Cologne, Germany, where the entire body was rebuilt and refinished with Permahyd Hi-TEC 480, is no exception. Tiroch continues, “people have loved the Beetle from one generation to the next. It started life as a military utility vehicle. It then became the first affordable car in the 1950s.”

The result is very impressive. Flame motifs and the Volksrodder logo have been incorporated in the paint finish and there is even a hint of barbed wire trailing across the body.  The interior is just as striking; lots of brushed aluminium, heavy retro-style seats, and plenty of brass. “Its look harks back to the high-speed races on the American Bonneville Salt Flats,” says Tiroch. The windows are even red solar glass which would have provided protection from the UV radiation on the salt lake. The position of the 700 hp V8 engine is typical of a hot rod. Originally at the back of the Beetle, it is now at the front in a powered-up version.

The Volksrodder was unveiled in April 2012 at the Custom Motor Show, in Jönköping, Sweden, one of the major Hot Rod shows in the annual calendar.  Unsurprisingly it made a big impression, winning two significant awards: Best European Custom Car and Exhibitors Choice. 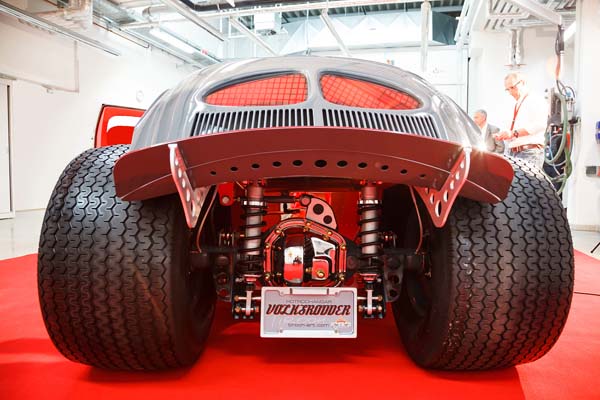