Once the Formula One season leaves Europe, Mercedes-AMG Petronas Motorsport has to plan carefully the timing and processing of components that usually come back to the Paint Shop in Brackley, England after every race. But for two races – the United States Grand Prix in Austin, Texas and the Abu Dhabi Grand Prix in the United Arab Emirates – the Paint Shop packs up and goes on tour. Spies Hecker found out all about it. 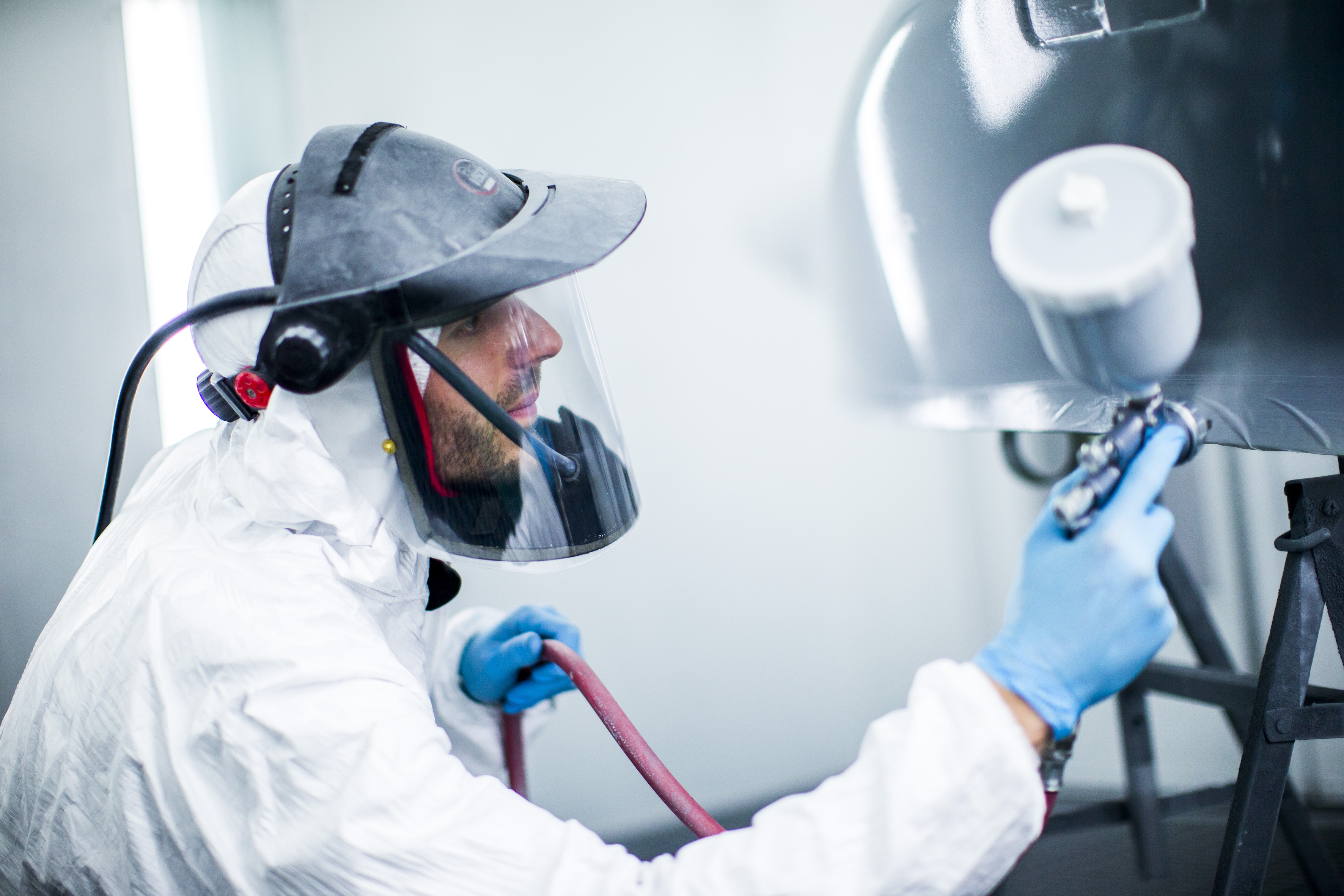 Timing is everything in Formula One, qualifying laps times where 1/100th of a second can count, the strategically calculated time to come in to change tyres in a race, the split-second choreography required for a pit stop. The timing between race weekends is also critical.

Components generally come back to the team’s Paint Shop in Brackley to be refinished with Spies Hecker products before being sent back out for the next race and the two chassis are re-painted regularly. However, once the European leg of the season is over, the timing challenges take on a new dimension for Andrew Moody, Head of Paint and Graphics for Mercedes-AMG Petronas Motorsport, and his team.

The two chassis of the Mercedes-AMG Petronas Motorsport’s F1 W09 EQ Power+ race cars have a scheduled re-paint ahead of the United States Grand Prix in Austin, Texas, and the Abu Dhabi Grand Prix in the United Arab Emirates. And four of Moody’s painters head to Austin and Abu Dhabi to do that.

Moody’s team sends everything those four painters need – from gloves, sanding paper, scalpels and spray guns, to all the Spies Hecker products and paint mixes – by sea freight at least two months in advance.

“We take everything we need,” he says. “If we could, we would probably even take the spray booths! We have to deliver consistent perfection in everything we do, every day. And that shouldn’t – and isn’t – impacted simply because we are working somewhere other than our Paint Shop.”

For the four painters who travel – and it’s an opportunity that is meted out fairly among the team – there is very little time to do anything other than work.

In Abu Dhabi, the four painters arrive on the Saturday, a week before the race. They have a designated area at the Mercedes-Benz approved bodyshop. Once there, they unpack and check all the freight, and set everything up. Both chassis arrive Monday morning. The painters then begin the gruelling job to strip back and repaint both chassis, which can go on long into the night. They follow the clearly set out processes in Job Element Sheets, which detail the what, how and why, including, of course, all the Spies Hecker products. 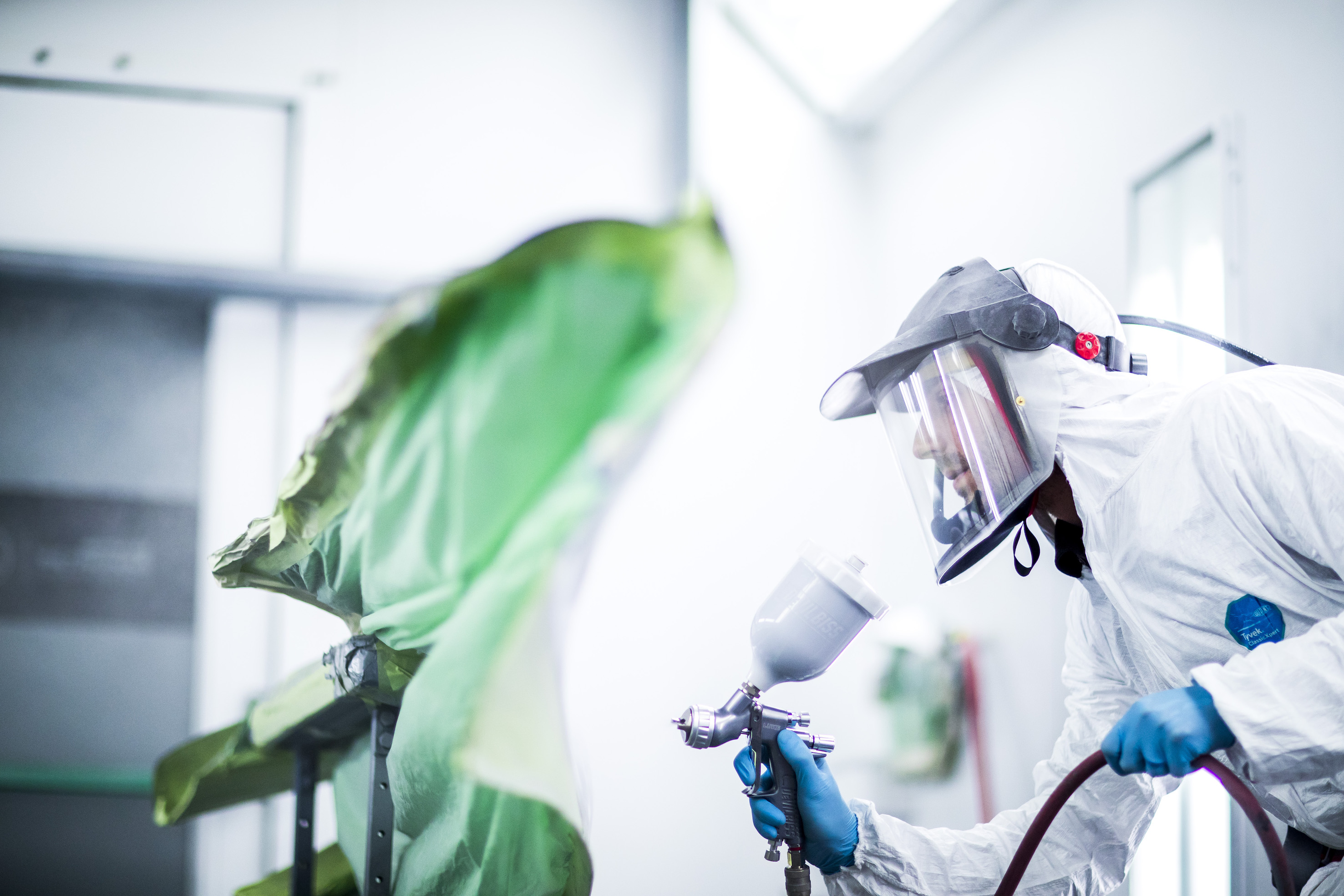 For the striking colour gradients on the 2018 livery, there’s the main Permahyd Hi-TEC 480 Basecoat highly reflective silver colour plus four additional silver tones, graded one to four, moving into black. And there are three different greens and two different blues for the flow lines. None of the colours are commercially available.

As the bodyshop opens for work, the painters head to get some sleep before going back to the bodyshop to finish the job. Tuesday morning, the two beautifully repainted chassis are collected and taken to the track where they are readied for the upcoming race weekend.

The restriction on numbers of team members at the circuit means the painters don’t get a chance to relax and enjoy the race weekend. “It’s a tough few days for the four painters who travel, as they have to get straight back to the UK and into work at the Paint Shop. Our job doesn’t stop; there is always another race we have to prepare for, a show car to paint, or a new livery we are trying out,” adds Andrew Moody.

While travelling to these two races is a normal part of the season for the Paint Shop, sometimes there are challenges, as Moody explains: “One year, our freight was held up in customs, and it was touch and go if it was going to be released in time or not. Luckily it was.”