In January 2015, Harald Klöckner was appointed manager of Standox Training Management for the Europe, Middle East and Africa (EMEA) region. Together with his international trainer team, he develops training concepts and conducts training events for Standox country offices and importers all over the world. Klöckner and his team are also involved in the development of new products, paint application techniques and processes, as well as supporting product launches in the various countries. 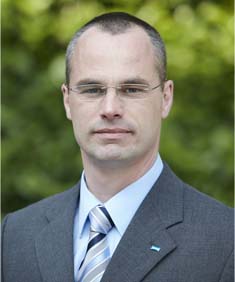 Klöckner trained as a master refinisher and bodyshop manager. He began his career in the refinish industry in 1996 as application technician at Herberts in Wuppertal, Germany. In 2005 he became Technical Trainer International at Standox Training Management.

Klöckner takes over from Stephen Naylor, who has moved to a new position within Axalta Coating Systems.