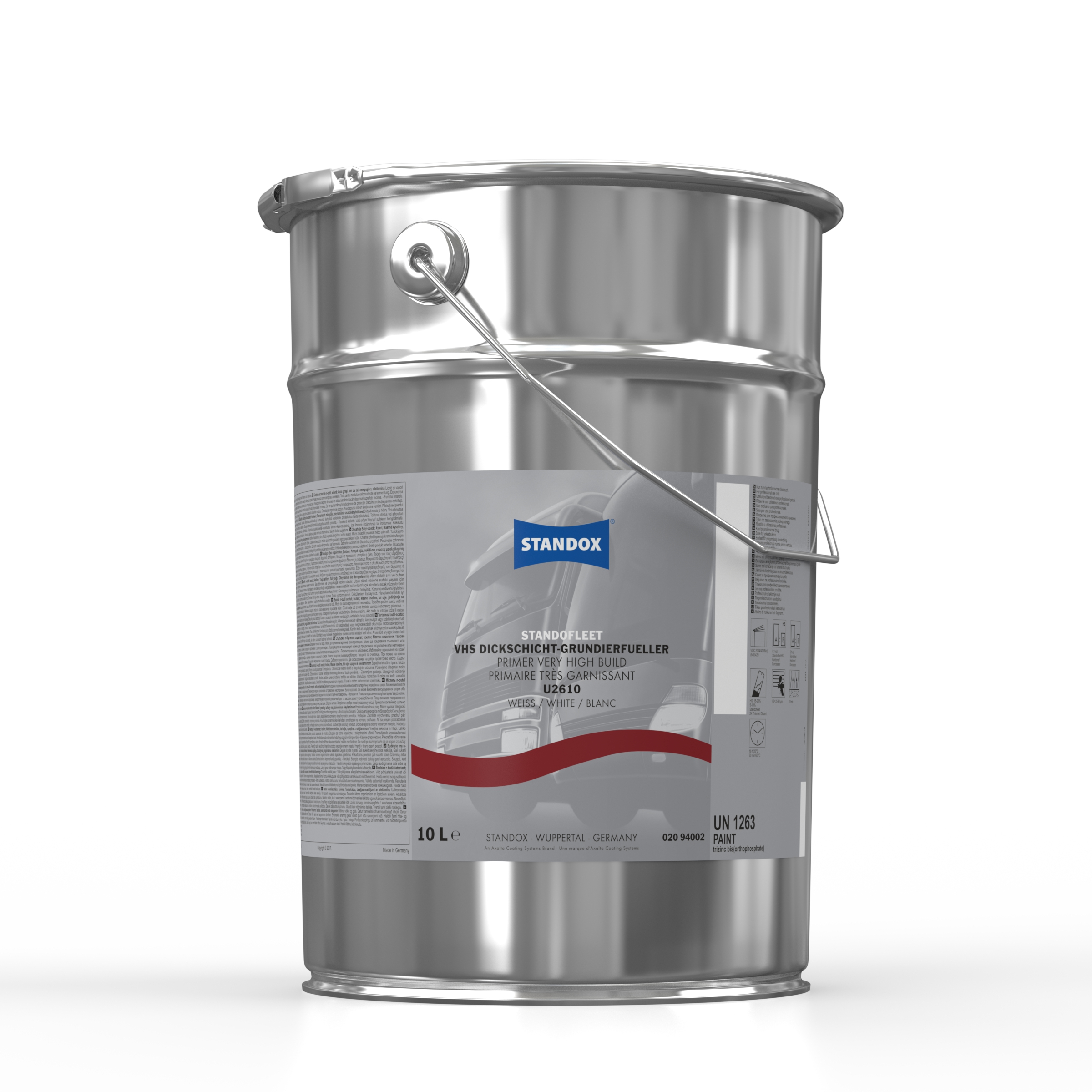 The new high-solids Standofleet Primer Very High Build U2610 offers fast coverage coupled with VOC compliancy for large areas. As a two-component acrylic-based filler, it can be used both as a primer filler and as a primer on steel and polished steel.

“The new very high build primer simplifies and speeds up the often time-consuming application of parts in several passes,” says Kevin Welling, Training Academy Manager for Axalta in the UK and Ireland. “It can be applied wet-on-wet, but also works as a sanding filler.”

“The versatility Standofleet Primer Very High Build offers makes it a very appealing to the commercial vehicle sector. And it has another plus: thanks to the high solids content, the VOC value is particularly low,” adds Welling.