Temperatures were rising ahead of the introduction of the 152 registration period and also rising on sunny Sandymount strand as TV presenter Lorraine Keane picked up her 152 Renault Captur. 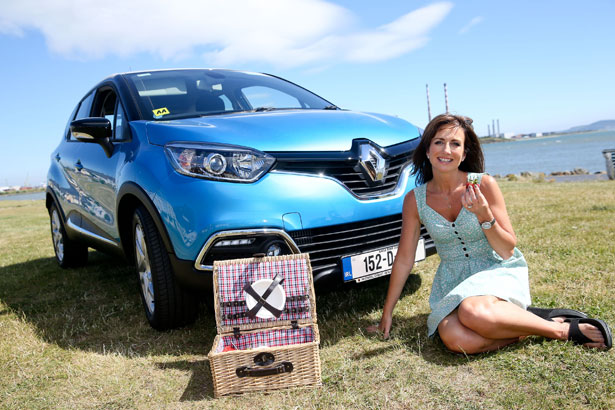 Captur is the bestselling car in its segment, and arrived in Ireland two years ago in July 2013. Its 5 star safety rating, nippy 1.5 dCi engine and removable seat covers make it a great family car, says Lorraine, who has two children Romy (8) and Emelia (11) and two dogs regularly piled into the back!

Renault Group says orders for 152 cars are already ahead of target, and have extended its 0% APR finance offer for Renault Captur and across the range to 31st July.

Renault Bank said it will lend over €100 million in 2015 to Irish customers with 50% of customers taking a PCP. In 2014 Renault Finance lent €85 million to Renault and Dacia customers. Up next for Renault is the new c-segment Kadjar, which will arrive here in early September.