Men who won’t stop and ask for directions, women who can’t park to save their lives, sound familiar?! As thousands of couples prepare to drive away for a romantic Valentine’s weekend, a survey by motoring solutions specialist easytrip has confirmed (and confounded) a few clichés about how we rate our partners’ driving abilities.

Getting angry at other drivers, it seems, is not the exclusive preserve of the male motorist. But perhaps more men get angry behind the wheel because they still refuse to stop and ask for directions! A whopping 89% of (sensible) women say they would pull over and seek help if they got lost, compared to just 48% of men who are happy to plough on, and on, and on… 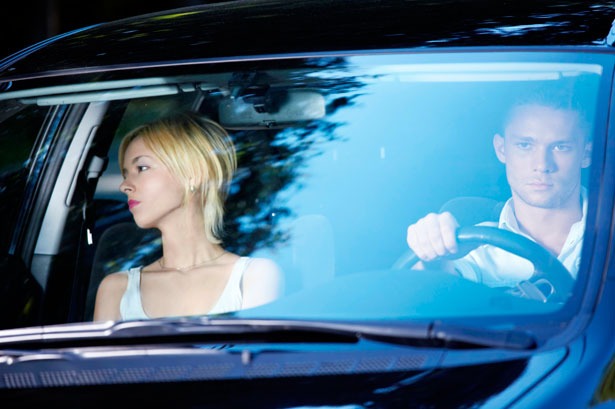 Preferring to be lost than asking for directions is a predominantly male phenomenon that is sure to puzzle anthropologists for centuries to come.  Indeed, the most prominent finding to arise from the survey is most men think they’re better drivers! That’s right, 84% of male respondents rated their driving skills as superior to their partner, compared to 62% of females.

So avoiding a row in the car this weekend, it seems, is virtually impossible. But don’t worry – if tempers flare, there are a couple of things you can do to make it up to your sweetheart. When asked “what is the most romantic gesture your partner could do for you this Valentine’s weekend?” most men (32%) said they would love their partner to clean their car – romantic devils! – while most women (51%) said they would love a simple bunch of flowers.

Commenting on the survey, Ciara O’Brien, General Manager of easytrip said: “This survey has thrown up a few interesting responses. If you’re going away for a romantic Valentine’s weekend, I think it’s important to remember that nobody is perfect, that love is more important than driving, and that safe driving is more important than anything!”