A consultation between 5StarS – an Innovate UK funded two-year project – and the automotive industry on a new vehicle cybersecurity rating scheme has been welcomed by Thatcham Research.

The consortium brings together key research bodies (Horiba Mira, Ricardo, Roke, Axillium Research and Thatcham Research) to address the increased cybersecurity threat around connected and autonomous vehicles, has released a consultation paper to seek feedback from automotive manufacturers, government and insurers to ensure the framework can be adopted. 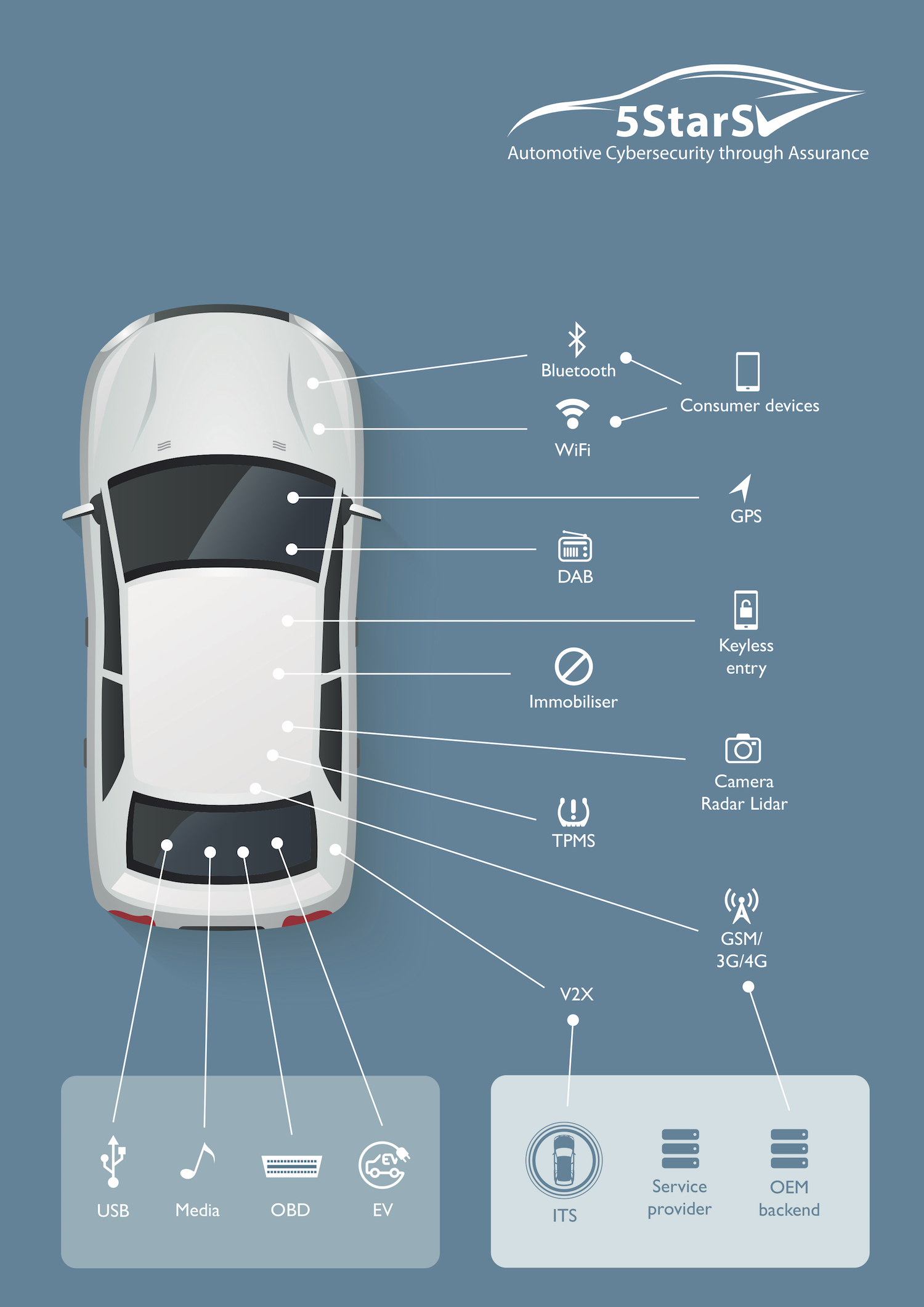 Richard Billyeald, Chief Technical Officer at Thatcham Research, said: “The 5StarS consortium aims to introduce a new system of star ratings for the security of autonomous cars against cyber-attacks, like Euro NCAP’s ratings for the crash safety of cars.

“Car security, specifically cybersecurity, is a huge concern for consumers and insurers, particularly as new digital technologies can leave cars vulnerable to attack. The 5StarS system will inform consumers and insurers what potential risk this connectivity has, as well as encourage car manufacturers to continually strive to improve car security.”

The arrival of Connected Autonomous Vehicles (CAVs) and Advanced Driver Assistance Systems (ADAS) is adding to the discussion around vehicle technology and its impact on road safety. Manufacturers must have proven, built-in safeguards and resilience against the emerging threat of cyber-attacks.

The 5StarS assurance framework, outlined in the consultation paper, will enable manufacturers to gain assurance in their products, use resilience as a market differentiator and establish meaningful ways of communicating cybersecurity risk to consumers.

The paper provides a roadmap to increasing assurance, which starts by meeting the requirements of the emerging regulations and standards such as ISO/SAE 21434, while introducing independent vehicle vulnerability assessments. It also proposes a consumer-facing risk rating system to reassure consumers about their choice of vehicle.

Billyeald continues: “Building consumers’ trust in both vehicle safety and cybersecurity is critical. We will continue to work with 5StarS to develop an assurance framework that underpins future assessments of the cybersecurity capabilities of new vehicles and their resilience to attacks.”

The final paper will be released in June 2019 after consultation with the industry.