Trico launched its newest promotion at the recent A1 spring trade show in Northampton, with every visitor to the Trico stand being entered into a prize draw for ‘Race to Spain’.

Trico’s Senior Product and Brand Manager, Sam Robinson said: “This year, to celebrate working with A1 for a decade, we wanted to do something really special, so we have invested in one of our biggest promotions to date with the ‘Race to Spain’. 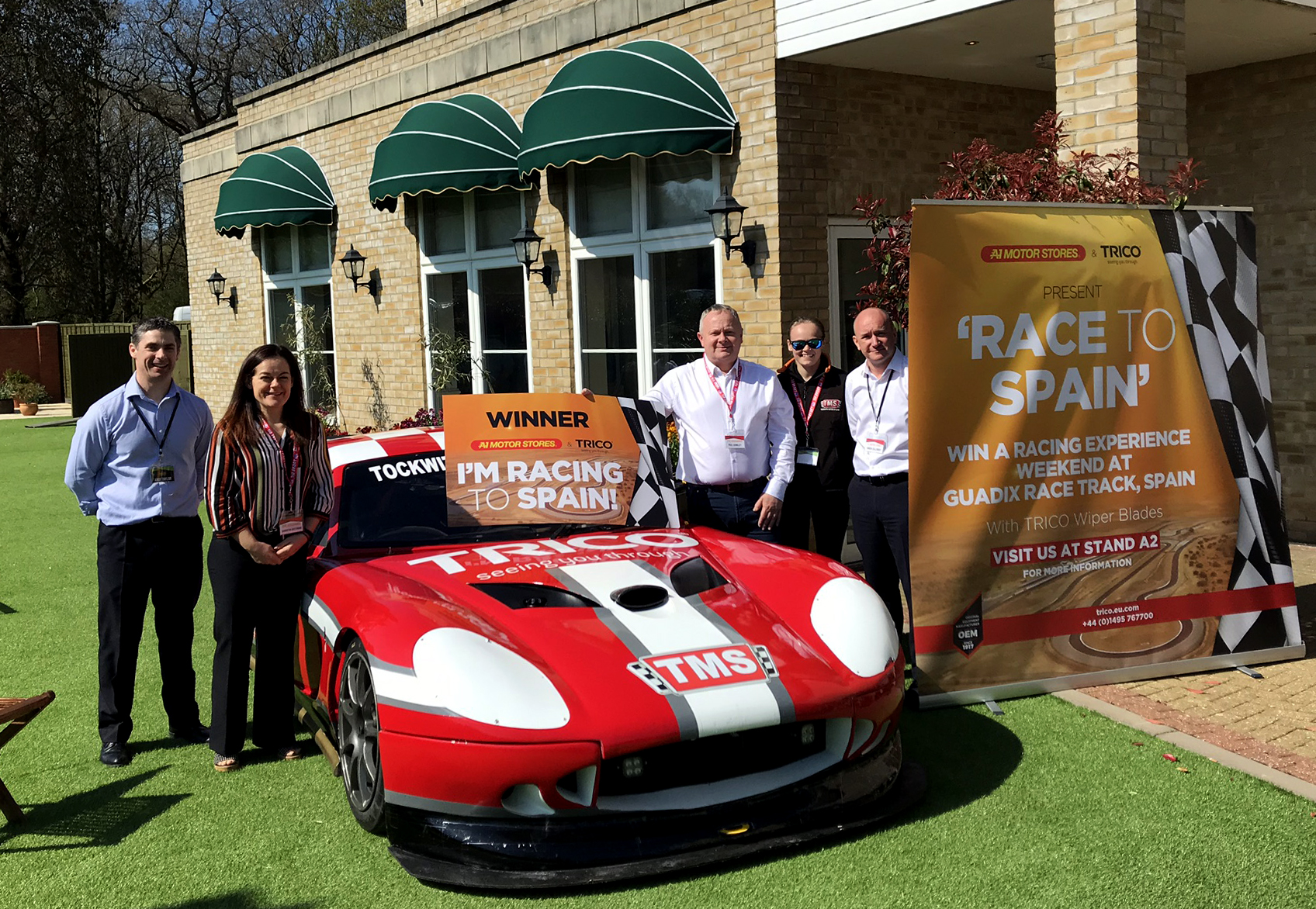 Taking place in late September, five lucky winners of this Trico competition will be flown from their nearest airport and taken by private transfer to Guadix. The race track is situated in the Andalusian province of Granada, southern Spain, on an elevated plateau along the foothills of the Sierra Nevada Mountains. The destination is something of a hidden delight and the winners will be greeted with summer temperatures and a cold beer or wine on arrival.

The following morning will commence with a full day’s track experience on the Circuito Mike G Guadix – the same place where Lewis Hamilton made his first outing in a racing car. The winners will have a chance to compete against other members in several activities including reverse steer test in karts and truck drives, followed by passenger rides around the race track in a racing car with a pro driver and finally a tour of the local caves and caverns on 4×4 buggies. The winner of the event will be crowned, and all the antics from the day no doubt discussed during the evening dinner.

Finally, on the last day of the trip, there is the opportunity to take in the local sites in the provincial town, that is best known for its cave dwellings. Caves aside, the town also boasts a historic Renaissance-baroque Cathedral and many traditional local tapas bars.

However, there are only three of the five places up for grabs after the A1 spring trade show, but there will be more opportunities for A1 members to join the track.

All that is required is to order Trico wiper blades throughout May and June, with every wiper blade purchased giving one entry into the draw. Winners will be drawn at the end of each month, with a final random prize draw to be made at the A1 convention in Newcastle in September.