Vehicle history expert Cartell.ie has reported that so far in 2014 there have been 118,696 vehicles sold.

The number includes all new vehicles registered in the State in 2014 and includes private, hackney, taxi as well as light and heavy commercial vehicles and all other classes of vehicle.

Jeff Aherne, Director, Cartell.ie, says: “Last year Cartell informed the market there was a potential windfall of 42,000 additional new vehicle sales in store for 2014 if market conditions were right. What we saw in 2014 was a pick-up in demand as more people bought new vehicles and the used vehicle market returned to a more normalised sales cycle. We expect to see more growth in 2015.” 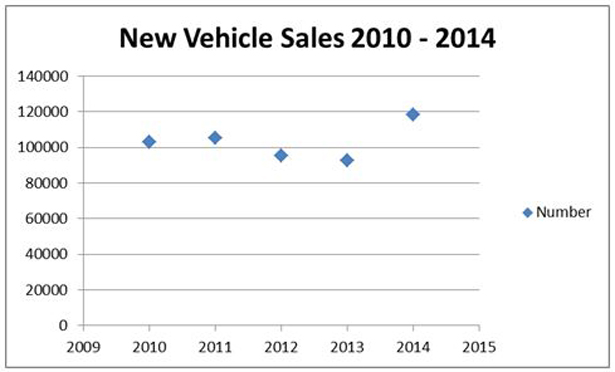