Volvo Truck launched its all-new FH truck in the spring to much acclaim. The paintshop is one of the most environmentally-optimised in the world. Today each cab requires about 4 litres of paint – that’s half the amount used just ten years ago.

Volvo Trucks says it wants to invest in an environment-friendly vehicle, so the paint shop has been modernised and production has been made more efficient in a series of steps, and as a result consumption of paint and solvent as well as emissions to the air have been significantly reduced. 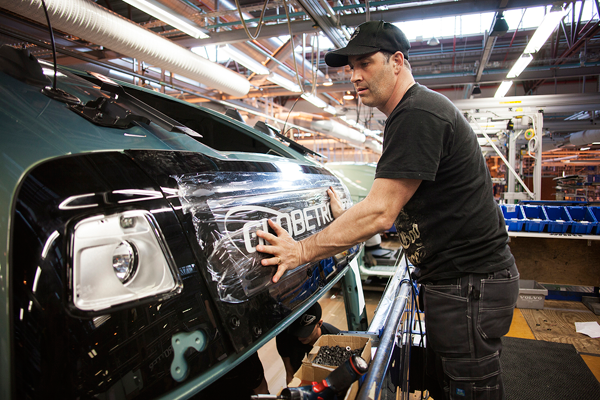