The BASF Color Report 2019 for automotive OEM coatings has found that white remains the most popular car colour around the globe. About 39 per cent of all cars built around the globe were painted white, according to the report.

Black, grey and silver are the next three most popular colours. Together, they coat another 39 per cent of the cars that rolled off the assembly line around the world in 2019. About nine per cent of the vehicles produced globally last year were blue, and seven per cent were painted red. 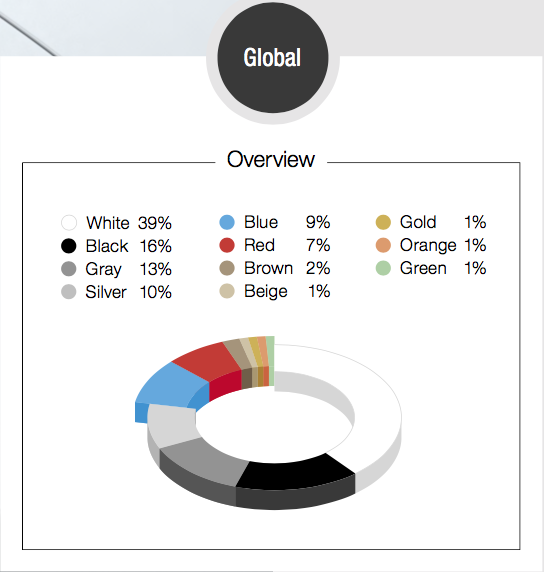 While grey was the third most popular global car colour last year, it was the top choice in Ireland alone in 2019. More than 43,000 new passenger cars sold in the country last year were grey, according to SIMI figures.

With a share of 77 per cent, achromatic colours still dominate the picture on the streets in the EMEA region, although the share of white cars, the most popular colour overall, dwindled slightly. While the popularity of silver also declines, grey continues its success story with a share of 20 per cent in the market.

The chromatic segment with EMEA slightly gains, with nearly every fourth car in Europe painted in a chromatic colour. Within this segment, blue still leads the way by achieving 11 per cent. With about 160 different shades it is also front runner in colour diversity. With a share of two per cent, beige emerges significantly for the first time.

Mark Gutjahr, head of BASF automotive colour design EMEA said: “A need for softer and approachable surfaces results in the growing popularity of beige colour spaces – but they have to be modern and appealing to be accepted by the end consumer.”

The BASF Color Report for automotive OEM coatings is a data analysis from BASF’s coatings division based on global automotive production and paint application to light vehicles in 2019.