Spain, Greece and Italy attract millions of visitors every year to their sun-drenched beaches, but a new Ford Motor Company study on buying trends in Europe shows that residents in some of the region’s hottest countries are among the least likely to purchase a new car with a sunroof.

This is one of several findings from Ford Car Buying Trends 2014, a study of new car buying habits in 22 countries across Europe, highlighting regional trends and national differences that both conform to and confound expectations. 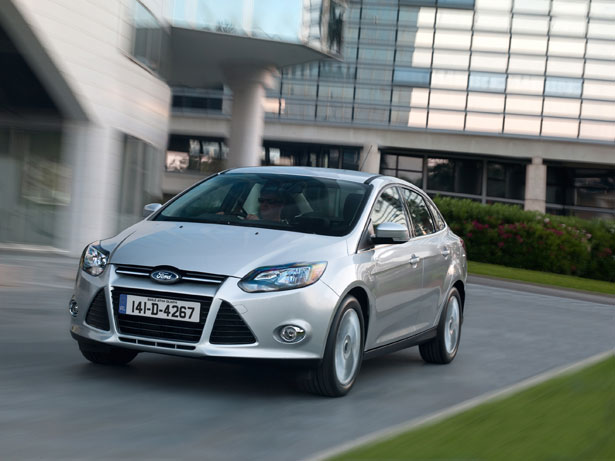 The study shows that white surpassed black last year as the most popular car colour across Europe, according to an analysis of more than 500,000 Ford vehicle purchases in Europe in the past year. The fast growing car colours in recent years have been brown and orange.
“When it comes to car buyers tastes there are a few things that remain consistent over the years and many aspects that change and evolve,” said Roelant de Waard, vice president, Marketing, Sales & Service, Ford of Europe. “We study these changes – and some can be surprising – in order to better serve customers across Europe.”

Sunny side up
Among the counterintuitive findings were national preferences for sunroofs. Buyers in Norway, more known for snow than sunshine, were the most likely to choose a new Ford with a sunroof (15 per cent) just ahead of France (11 per cent) and Germany (10 per cent). Drivers in sunny countries meanwhile were among the least likely to specify sunroofs: Spain (5 per cent), Italy (3 per cent) and Greece (2 per cent).

Wagons offer a more practical option for Mondeo and Focus buyers. These appeal most to drivers in Denmark (86 per cent), the Netherlands (79 per cent), and Germany (78 per cent); with 5-door versions of the same cars most likely to find a home in Greece (95 per cent), Spain (87 per cent) and Britain (83 per cent).

In Europe as a whole, half of car buyers choose 5-door models, 35 per cent prefer wagons and the remainder opt for 4-door cars, which are most popular in Turkey where they make up 84 per cent of sales, followed by Russia (44 per cent) and Romania (42 per cent).
Safe and smart

Ford’s Active Park Assist helps drivers parallel park by using sensors and the steering system to guide a vehicle into a space while the driver simply pushes a button and controls the accelerator and brake pedals.

Substantial motorway networks could explain why Switzerland (20 per cent), the Netherlands (19 per cent) and Germany (14 per cent) top the list of countries where drivers buy the most technology that pays off on road trips – including Ford’s Blind Spot Information System, Lane Keeping Aid, and Lane Departure Warning. So why does Norway, with among the smallest motorway networks, top the list with 26 per cent?

Drivers in the Netherlands clearly appreciate technologies that help make life easier. Customers there specify the most cars equipped with cruise control (85 per cent), ahead of Finland (78 per cent) and Norway (74 per cent); and, of the Dutch customers who last year bought a Kuga SUV 94 per cent choose the hands-free tailgate, which enables drivers to access the boot space with a gentle kicking motion.

An overwhelming 99 per cent of Ford customers bought a new car powered by a petrol or a diesel engine, with less than 1 per cent choosing a model powered by alternative fuels. Petrol is the fuel of choice for 58 per cent of European drivers.

Nowhere are petrol engines more popular than in Russia, where customers choose 97 per cent petrol powered cars, followed by the Czech Republic (80 per cent) and Finland (76 per cent). Diesel is most popular in Turkey (64 per cent), followed by Italy (63 per cent) and Portugal (61 per cent).
Drivers in all European countries still prefer a manual gearbox over an automatic one – 85 percent choose a car with a manual gear stick. In the Netherlands and Ireland that rises to 96 per cent and in Greece and Poland to 95 per cent. Even in Russia, the European market where automatic gearboxes are most popular (48 per cent), there is still a slight preference for manuals.