The BASF Color Report 2018 for Automotive OEM Coatings shows: white remains the most popular colour for another year. 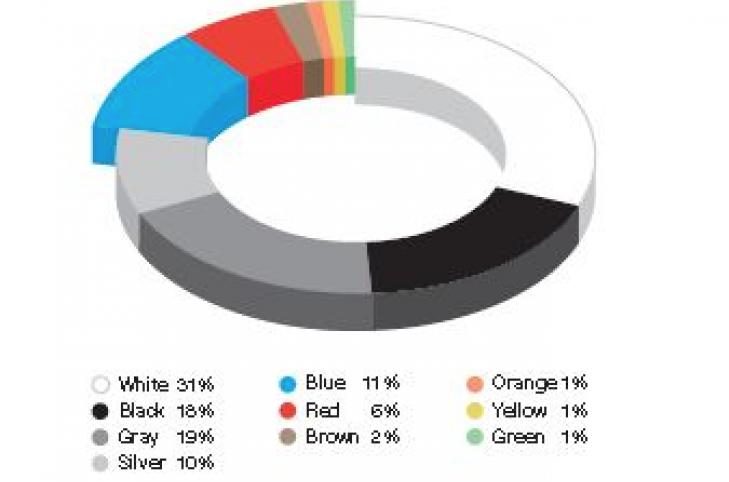 More than every fourth car in North America and nearly every third vehicle in Europe is painted white, while in Asia Pacific it is more than every second car.

The most popular chromatic colour is blue followed by red. These chromatic colours tend to be more popular within the smaller vehicle segments, such as compact and subcompact cars. The overall amount of chromatic hues drops off significantly in the larger segments.

In this year, the BASF Color Report for Automotive OEM Coatings analyzed the development of automotive colorus worldwide for the second time in a row. It gives an overview over the colour distribution in the regions Asia Pacific, Europe and North America.